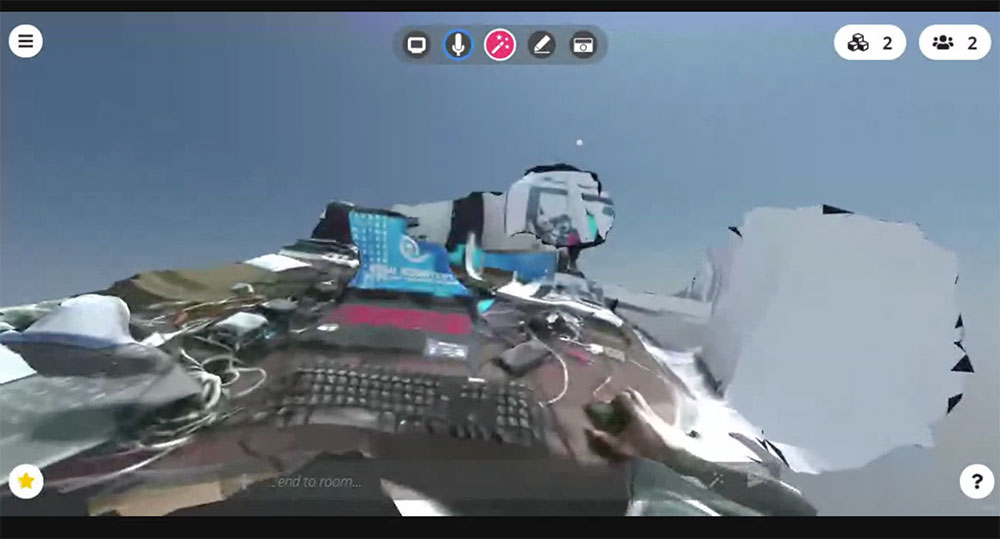 In the world that is increasingly governed by algorithms, the notion of both an individual and a collective agency is being eroded. It’s very likely that what you do is not really your own choice even if you are made to believe so. Thanks to the big data surveillance our actions become easily predictable. The recommender systems are based on replicating the past and the similar, simply because it has worked before. There’s not so much space for something really new to happen. The result is a self-perpetuating system adjusting its value function to extract the maximum benefit at the lowest cost.

In this context it is more important than ever to find the different strategies of resistance to the all-encompassing algorithmic drive. What do the algorithms want? They feed off the attention, which is converted into advertising income, subscription, and shareholders’ wealth. This would not be such a big problem if the subject of this attention was something truly interesting for the individuals involved. However, most of the time it is activated by the most primary circuits in the human brain: mainly fear and desire — the two basic drives that may be good for surviving but not as good for living. Another problem is that an individual becomes part of a crowd (classified as an “interest category”), which is prone to make less intelligent decisions.

What are the strategies to resist this onslaught of the algorithmic control mechanisms? How can we reclaim our agency in the system, both on the individual and on the collective levels?

The most obvious — binary — way is to completely refuse the algorithms or to fight them. However, this also means giving up positive aspects of technology and becoming marginalized. While this is may be an option for some, it is not for everybody. Furthermore, too many resources are concentrated in the algorithmic future, so fighting is also a very expensive and an exhausting option. That’s why in this article we will look at the strategies of resistance that can still coexist with the current environment that we find ourselves in.

First, variability. A system that is malleable in nature can resist and assimilate any external impulse. At the same time, if something is constantly malleable it does not have any integrity. So the key element here is to maintain variability, which can be obtained by oscillating between being receptive and proactive, between focusing on one thing and exploring the multiplicities.

Our attention is the main resource that the algorithms compete for. How can we practice variability of attention? We can represent variability using the two axes:

2) being receptive versus being proactive

Continuous alternation between those modes of attention will ensure that we will be constantly along the 4 different states: On the level of attention this approach can be practiced through the intention. For example, how do we use the newsfeed or the Spotify’s recommendation algorithm? Do we let it make all the choices for us all the time? In that case, we are too much in the 1st stage (receptive, dispersed). Do we notice it’s too homogeneous? Then we are too much in the stage 2. And so on. Therefore the schema above can be a useful tool to ensure that there’s diversity in the attention dynamics. In order to ensure the ecology of attention, we need to make sure that we find ourselves occasionally in all the different quadrants above.

For instance, if we are talking about the news: the most ecological and resilient way to learn what is happening in the world is to both use the recommendation newsfeeds, as well as reaching out to the news outlets that exist outside of the filter bubble. At moments, actively engaging (e.g. promoting the cause), at other moments — stopping to listen at all. Only in this way we ensure our long-term resilience and avoid being instrumentalized for a particular struggle, which may have nothing to do with our own sense of agency.

In order to make this behavior part of the daily life it can be practised through the body, so that this particular pattern gets recorded on the level of reflexes (and not only as a conceptual construct). A moment of relaxation (1) if followed by a moment of tension / directed action  (2), followed by a release (3) and reconfiguration (4) to come back to (1) relaxation pursuing some new vector of action again. This can be done both individually (e.g. meditation and breathing) and in a group setting (e.g. using the oscillatory feedback procedure as shown below).

Modularity is variability on a different scale. If we are modular, we consist of the different parts, which may function independently from one another and yet still connect on the global level. If one part is affected, the others don’t have to be. Redistribution of tension, redirection of the incoming impulse.

To be modular is to consist of the multiple parts that are independent and yet can cooperate on the global level. Reminiscent of the idea of co-isolated multiplicities, modularity is often used in engineering and software to ensure that complex systems can operate in a robust and reliable way, even if some of the components fail.

In the context of algorithmic futures the problems begin when we are too much reliable on only one tool, one algorithm, one infrastructure. Using multiple different tools and ensuring their interoperability (e.g. your data can be imported and exported, you can always connect the two systems together via an API, you can always refuse one system and switch to another).

On the physical level this can be exemplified by a simple exercise where we block one body part but instead of focusing on the block, we focus on the other freedoms we have left. It turns out that in this limited state our system is much more active in finding opportunities and new possibilities than before, so the system can shift its state easily:

Redundancy is a key element of any robust, resilient system. When there are several components in a system that can perform the same task, then in case one of the components fails, the others can easily function without affecting the functioning of the system as a whole. This also gives the system the time to regenerate the failed component and to bring it back into action, if needed.

If we apply this principle to the way we structure and organize infrastructures, we can easily find a way to do that through using the multiple tools that have overlapping functionalities (e.g. several news sources, different note-taking tools, multiple payment systems, etc).

The main strategy here is not to refuse the algorithms, but to play with them. To disrupt the data and to maintain a certain diversity within, while also being able to focus on a specific element for a period of time. Polysingularity vs singularity.

Get the EightOS Manual and Stay in Touch

On the internet people come and go but we like to stay in touch. Please, subscribe to our newsletter to be informed about our live and online events as well as the new publications. We will send you the EightOS manual as a thank you gift.